When I first began practicing Yin Yoga, I was primarily motivated by the prospect of sitting more comfortably in meditation. Prior to adding Yin Yoga to my life, my left foot would go numb whenever I meditated longer than thirty minutes, and on longer retreats that was a real nuisance. Within a month of adding regular sessions of Yin Yoga to my yoga diet, that numbness in my foot ceased.

But as I dove into the practice further, I soon discovered and experienced the positive effects that the practice had on my energetic state, not just on my improved hip mobility. After Yin Yoga practices, I experienced an enhanced calm; I was less reactive, more equanimous; I had less fatigue, more positive engagement with life.

Back then (2001), conventional wisdom suggested that the mechanism by which Yin Yoga helped to harmonize one’s energy was to be found in how Yin Yoga stimulated the tissues (ie. fascia) that housed the conduits of subtle energy, or channels. The basic idea being that by gently stimulating the fascia – especially the denser forms of fascia at the joints – we can increase the smooth circulation of this vital energy known as Qi. When these channels are ‘opened’ and their conductivity is improved, health across a spectrum of markers seems to improve. In other words, strong, flowing Qi supports one’s mood, sleep, digestion, energy levels and overall quality of life.

But given that my spiritual orientation at the time was primarily Buddhist in flavor, and by that I mean that rather than trying to achieve a positive or optimal state of being in my practice, I was aiming for a more comprehensive understanding of the nature of all states positive, negative, and neutral. The main result of this Buddhist bias is that I had neglected the yogic limb of pranayama in my daily practice. I did lots of asana (to prepare my body to sit still) and I did lots of sitting (to see into the true nature of all states); but breathwork seemed like a tangential practice at best, a cul de sac at worst. 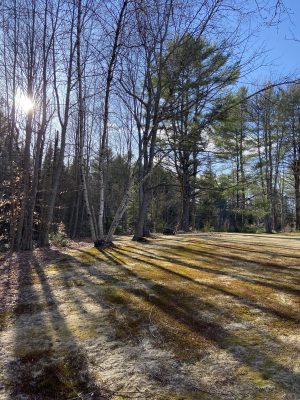 That said, over the last five years or so, I have become more and more curious about the relationship between the yogic process of state optimization – practicing to improve the health, energy and vitality of Being – and the Buddhist process of cultivating wisdom and freedom within all states of Being. (I realize these distinctions between yoga and Buddhism aren’t so distinct in actual practice, but they are fairly clear both in doctrine as well as on evidence in the received biography of the Buddha’s own life.)

Long story short, in light of some recent books that explore the science of breathing (Breath, James Nestor, The Oxygen Advantage, Patrick McKeown) I’ve come – somewhat late in practice – to appreciate the critical role breathing plays in the process of strengthening and distributing our Qi.

In addition to the biomechanical (or physical) ways that our yoga practice facilitates this, I now have a much better appreciation for how the biochemistry of our blood influences the quality and circulation of our vital life force known as Qi.

Specifically, two molecules are now making headlines in the health blogosphere. Those molecules are carbon dioxide (CO2) and nitric oxide (NO).

I had always been taught, as you likely were taught as well, that carbon dioxide is a metabolic waste product of cellular metabolism that needs to be eliminated when we exhale: we breathe in oxygen and exhale carbon dioxide. If we want to supply our tissues, cells, and organs with a steady supply of energy-producing oxygen, then we simply need to breathe deeply and powerfully to a) take in sufficient oxygen and b) expel the noxious waste of carbon dioxide. Cue the wave of yoga classes and instructors (including myself) encouraging deep, fill-those-lungs-completely breathing. It turns out, this approach to breathing is biochemically disastrous for our ability to get energizing oxygen to our cells and organs.

As I learned from Patrick McKeown, in The Oxygen Advantage, “What determines how much of this oxygen your body can use is actually the amount of CO2 in your blood. You may remember from biology class that we breathe in oxygen and breathe out carbon dioxide. Most people learn that carbon dioxide is just a waste gas that we exhale from our lungs, but it is not a waste gas. It is the key variable that allows the release of oxygen from the red blood cells to be metabolized by the body.” And carbon dioxide’s role in releasing oxygen from the blood was discovered in 1904 by Chistian Bohr, the Danish physiologist and father of Niels.

The main takeaway from the Bohr Effect for our yoga practice is that strong, deep breathing actually causes too much carbon dioxide to be released during exhalations which in turn dramatically compromises the distribution of oxygen.

The solution: less is more. Instead of big, deep, gulpy breaths, we want to breath in a way that preserves optimal carbon dioxide levels. In practice, this means breathing in a way that might be characterized as “light, slow and shallow” – the exact opposite of what I had been taught in most yoga classes.

And, when we breathe lightly and shallowly through our noses, we also increase levels of nitric oxide which is produced, among other places, in the paranasal sinuses. When nitric oxide was discovered in 1992, Science magazine hailed it as a “miracle molecule.” As Jonathan Goldman summarizes in his book, The Humming Effect, “Among its attributes, it enhances our immune system, our cardiovascular system and our respiratory system. In particular, nitric oxide causes vasodilation, or widening of our blood vessels, which increases blood flow and decreases blood pressure.” And – I will add for emphasis – this makes nitric oxide a valuable ally reducing the risk for heart disease.

Through its function of relaxing the fascia and dilating blood vessels, nitric oxide – like carbon dioxide – plays a key role in the distribution of our energy. When we combine the beneficial biomechanical changes that Yin Yoga has on the fascia with the biochemical changes to our blood that simple breath practices produce, we can optimize the environment in our bodies for efficient production and circulation of our life force, otherwise known as the harmonization of our Qi.

And when our Qi is harmonized we feel physically relaxed, emotionally grounded, mentally calm and engaged. In other words, Qi harmonization is the basis for a thriving life.

Yours in harmonization,
Josh 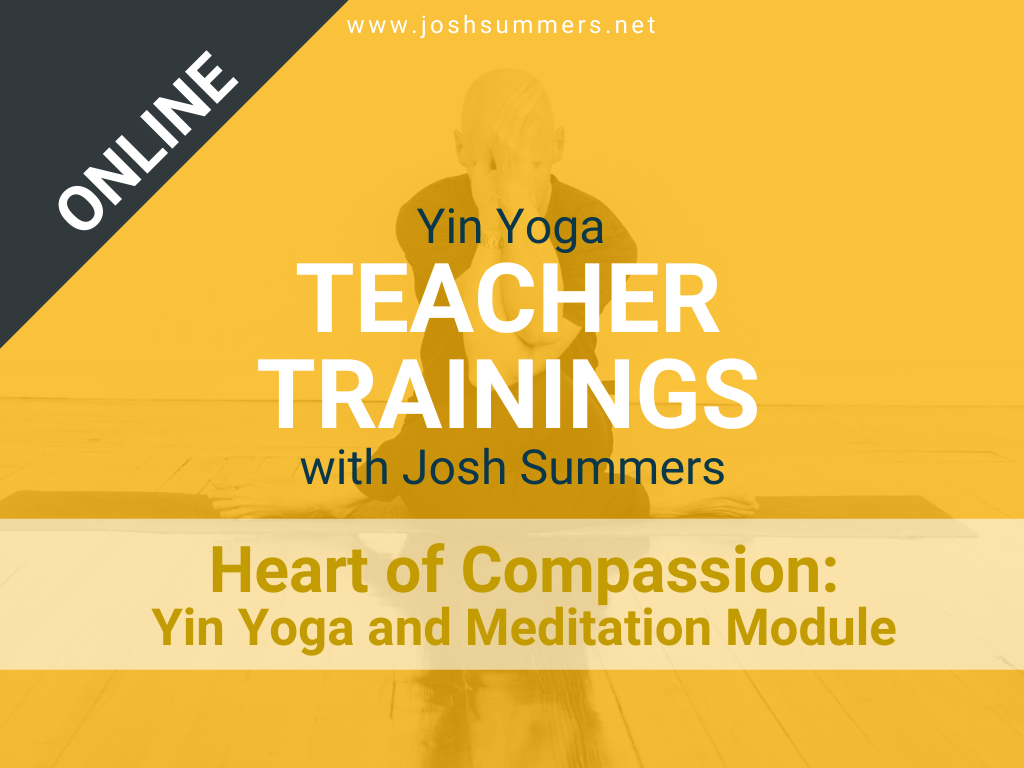